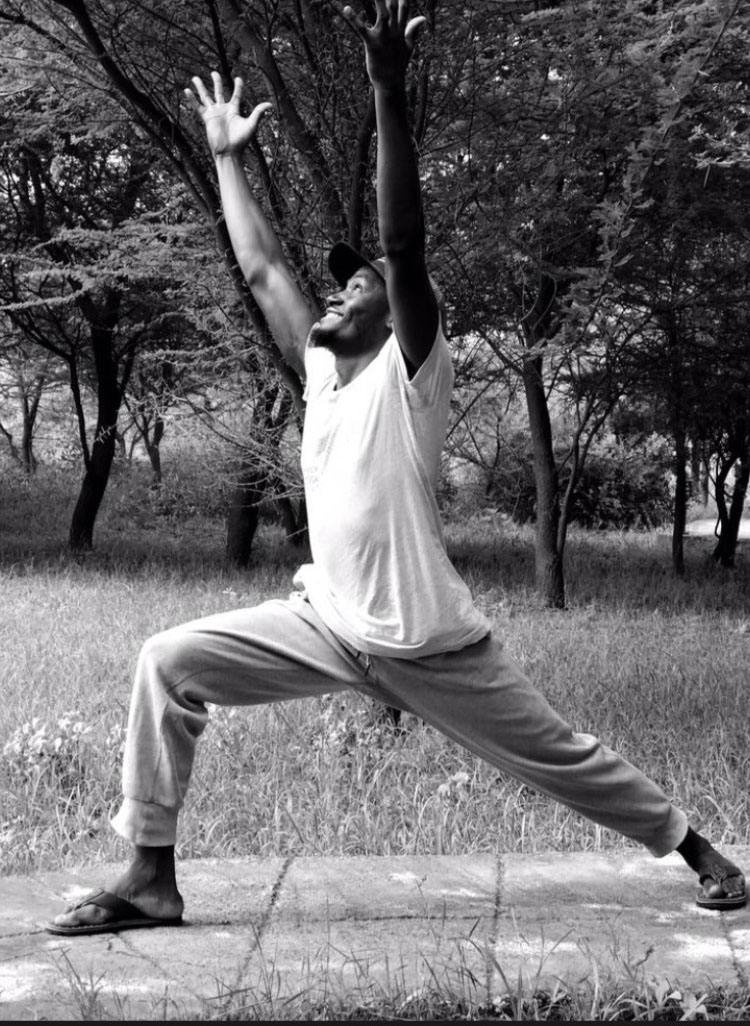 Hello, my name is Edwin Omondi.  I started my yoga career way back in 2016. I was introduced to yoga by a childhood friend whom we met at a friend’s burial, Before yoga, I was involved in crime, drugs, and violence, but everything shifted since the introduction to yoga. I realized I have to change my ways from a person who was not wanted in the community to now a leader that brings people together, especially the youth, away from drugs, crime, and violence, through the transformational practice of yoga.

I am a trained and certified Baptiste power vinyasa yoga, Mind And Body well-being program. Since then, I have really achieved a lot in my profession, from awards locally by the local leaders for making yoga one of the most popular sports of the year 2016; that brings a change in the community. And one of the greatest is being chosen as the first official representative of the international yoga Olympic committee for Kenya and the Secretariat General for Olympic yoga committee Africa and the first Kenyan to participate in the Olympics virtually.

One of the things that makes me happy personally is teaching yoga to my students and leaving them into their own greatness, Feeling balanced, Calm, and open to new possibilities.